Can You Die From Crohn’s Disease or Ulcerative Colitis? 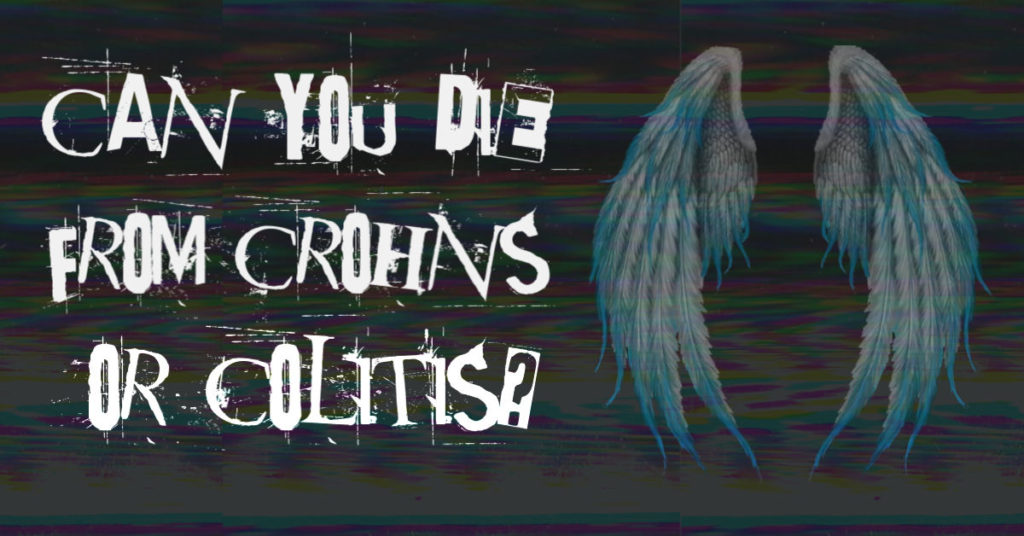 This post is part of WEGO Health's Writers Month Challenge

Death is not a subject I enjoy discussing in the IBD community but I believe that difficult situations should not be hidden in the shadows because we are scared. In my eyes that does a disservice to patients and also shows lack of respect to the people who have lost their lives to Crohn’s disease and ulcerative colitis whose memories should live on through the people that loved them.

Today’s post is part of a month long writing challenge and today’s promt is: Write about Life and Death.

Why We Are Faced with Thinking About Death

I think that if you live with a severe chronic illness that death has to cross your mind at least once or twice. The first time I saw the amount of blood I was losing through my bowel movements I was scared to death, of death. This was not right; this was not supposed to be happening! I was a kid and that blood scared me.

I’m bleeding internally, what do I do? Am I dying?

Since then I have had real circumstances that have actually brought me close to death. I spiked a fever of 106F and woke up in the ICU days later with no recollection of what happened; I had a blood infection that I got from my PICC line. I have had to be rushed into emergency surgery 3 times total in my lifetime. I’ve battled sepsis from pyelonephritis twice.

I have been at risk for Refeeding Syndrome, I have had a dangerously low BMIs from weight loss, and I have needed multiple blood transfusions. I have lived with central lines and on TPN that both come with big risks. When these things are part of your life you almost have no choice but to think about death.