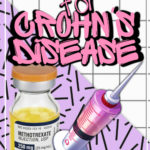 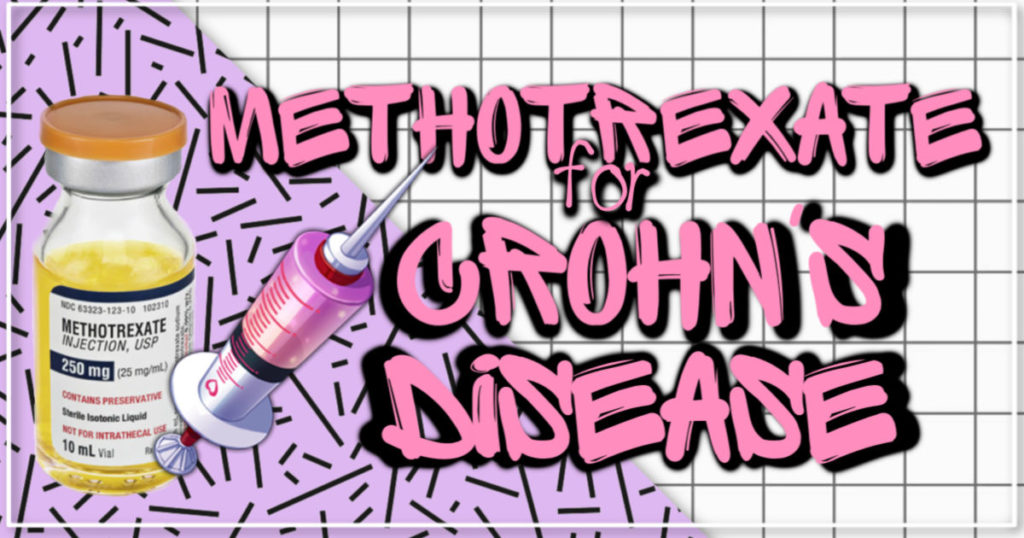 Recently I began using methotrexate injections in addition to my Remicade infusions to manage my Crohn’s Disease and I thought I would share with you my experiences so far.

Why Did We Add Methotrexate to My Treatment Plan?

I have active disease in my small intestine and my symptoms are pretty bothersome so there is definitely room for improvement. Remicade alone hasn’t seemed to be enough to keep my Crohn’s disease in remission so with my doctors guidance we decided to add weekly methotrexate injections into my treatment plan. Especially because I also have pretty bad arthritis that could benefit from it’s use according to my Rheumatologist. It was actually him who suggested this combination therapy first.

What are the Benefits of Combination Therapy?

Combination therapy for IBD means using an immunomodulator like azathioprine (Imuran), 6-mercaptopurine, or methotrexate with the use of a biologic. Research has shown positive results for the use of combination 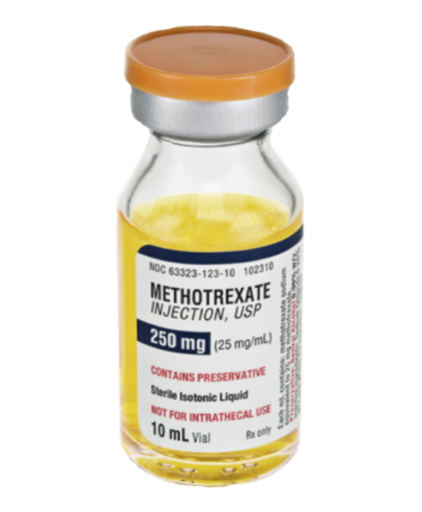 therapy but that doesn’t mean it’s right for all patients living with IBD. For instance a patient with mild disease most likely wouldn’t require such aggressive treatment. A couple years ago the results of the SONIC trial were published which showed that a combination of Remicade and Imuran performed significantly better than either did by itself in patients who were naive to immunomodulators and biologics. SONIC also demonstrated that combination therapy is the most effective treatment for IBD in terms of clinical remission (symptom resolution) and mucosal healing (healthy looking bowel/absence of active disease during endoscopy). The UC SUCCESS trial results showed combination therapy with Imuran and Remicade to be more effective than either therapy alone for inducing clinical remission. The COMMIT study examined Methotrexate in combination with Remicade for the treatment of Crohn’s disease. Results showed there was no difference between the groups in who achieved steroid-free remission but the patients who were on methotrexate had higher serum trough levels of Infliximab (Remicade) and were less likely to develop antibodies.

To sum it up: Combination therapy is not right for every IBD patient and it is important to weigh the benefits and risks. Using CT can extend the life of a biologic by slowing down building antibodies, has an increased likelihood of achieving disease remission, and is linked to better long-term outcomes.

My Thoughts On doing the Injection

Doing the injection itself was not scary to me at all. Maybe it’s just me but I have become pretty desensitized to stuff like that. So many hospitalizations and a lifetime of illness will do that to ya I guess. I think the nurse that showed me how to do the injections thought I was crazy. She demonstrated and then asked me if I would like to practice and I said, “No thanks,” and left. So the whole needle thing or giving myself an injection was a piece of cake and it went well. I was a little anxious about how the medication might make me feel afterward and about what I was injecting into my body but I was comfortable

in my decision that the benefits outweighed the potential risks.

How I Felt After the Injection

I have read so many stories about what people call “methotrexate hangover” which consists of nausea, headaches, vomiting, fever, chills, and more and can last from 1-3 days. After reading about how terrible I could feel and the possible side-effects that could happen I was a bit apprehensive but I know enough to know that I would have to try it myself to see how the medication would work for me. There are also so many patients who experience little to no side-effects and see great benefits from using methotrexate so I was hoping I would be one of those people.

After the injection I felt awful which surprised me. I was prepared for this, I read about it, friends told me about it, I was offered tips and advice, but I didn’t expect it to happen. It was the worst nausea, headache, body aches, and just overall sick feeling that I’ve had in a long time. It took me forever to fall asleep because of how terrible I felt and once I did get to sleep it was plagued with dreams of me being sick in the hospital. I woke the next morning feeling like I was going to throw up so I had a trash can next to my bed just in case. A few more hours of laying in bed feeling terrible and then it was over.

By the next afternoon I was feeling really well. I made sure to drink a lot of water and just go easy on myself that day but I really did feel good. I do my 2nd injection tomorrow night and i hope that the MTX hangover only lasts a little over a night like it did last week. I know that my body is still adjusting and at times it will be worse and other times it will be better. Don’t forget that this is MY experience. Yours may be completely different and you will have to decide for yourself with the help of your doctor whether or not MTX is the right choice for you.

Update: After a few months on Methotrexate I discontinued it’s use due to the side-effects I was having. The medication itself combined with Remicade made me feel amazing as far as my Crohn’s Disease symptoms were concerned. It was probably the best I have ever felt since being diagnosed but the side-effects were not something I was able to tolerate.

This post was edited on 5/25/2019 for appearance, grammar, and clarity, as I transfer my site from Tumblr to WordPress and rebrand Inflamed & Untamed. 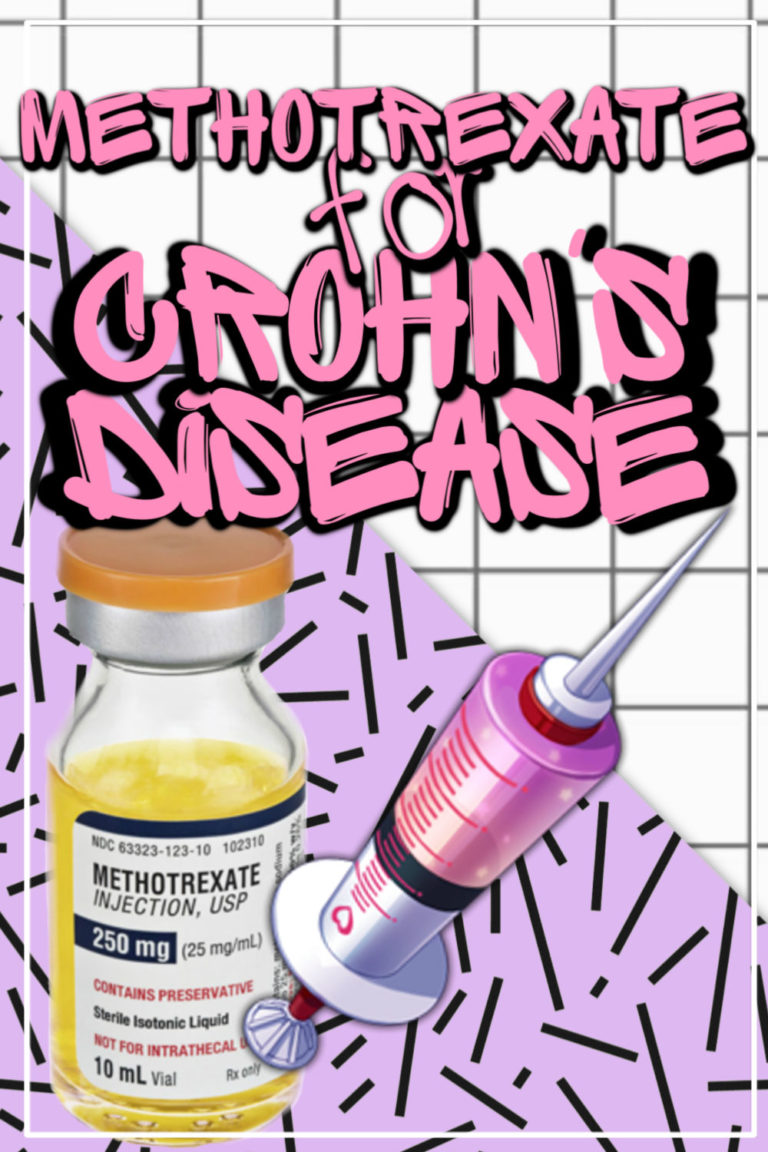