What is Phantom Rectum?

You may have heard of something known as phantom limb. Phantom limb occurs when people who have had limbs amputated feel like the limb is still there. Even though the limb is gone the nerve endings at the end of the amputation site are still present and those nerves send signals to the brain that make the patient feel like the limb is still there. A patient with phantom limb may have sensations of hot, cold, itchiness, and tingling. Sometimes an amputee might experience phantom limb pain that can range from mild to excruciating. These sensations usually decrease over time but if they last more than six months the prognosis for improvement is poor.

What is Phantom Rectum?

Phantom Rectum is the ghost of your rectum past haunting ostomates and others who no longer have, or no longer use, their rectums. The Phantom Rectum tricks these unsuspecting patients with sensations that they have to evacuate their bowels via the rectum that they used to use.

OK so I made that definition up but it pretty much sums things up.

Basically phantom rectum is a sensation that the rectum is still there, or still in use. It can feel like wanting to evacuate the bowels in the “normal way” (psst! I’m talking about yer butt hole!) after having surgery to remove the rectum and/or divert stool away from it. A 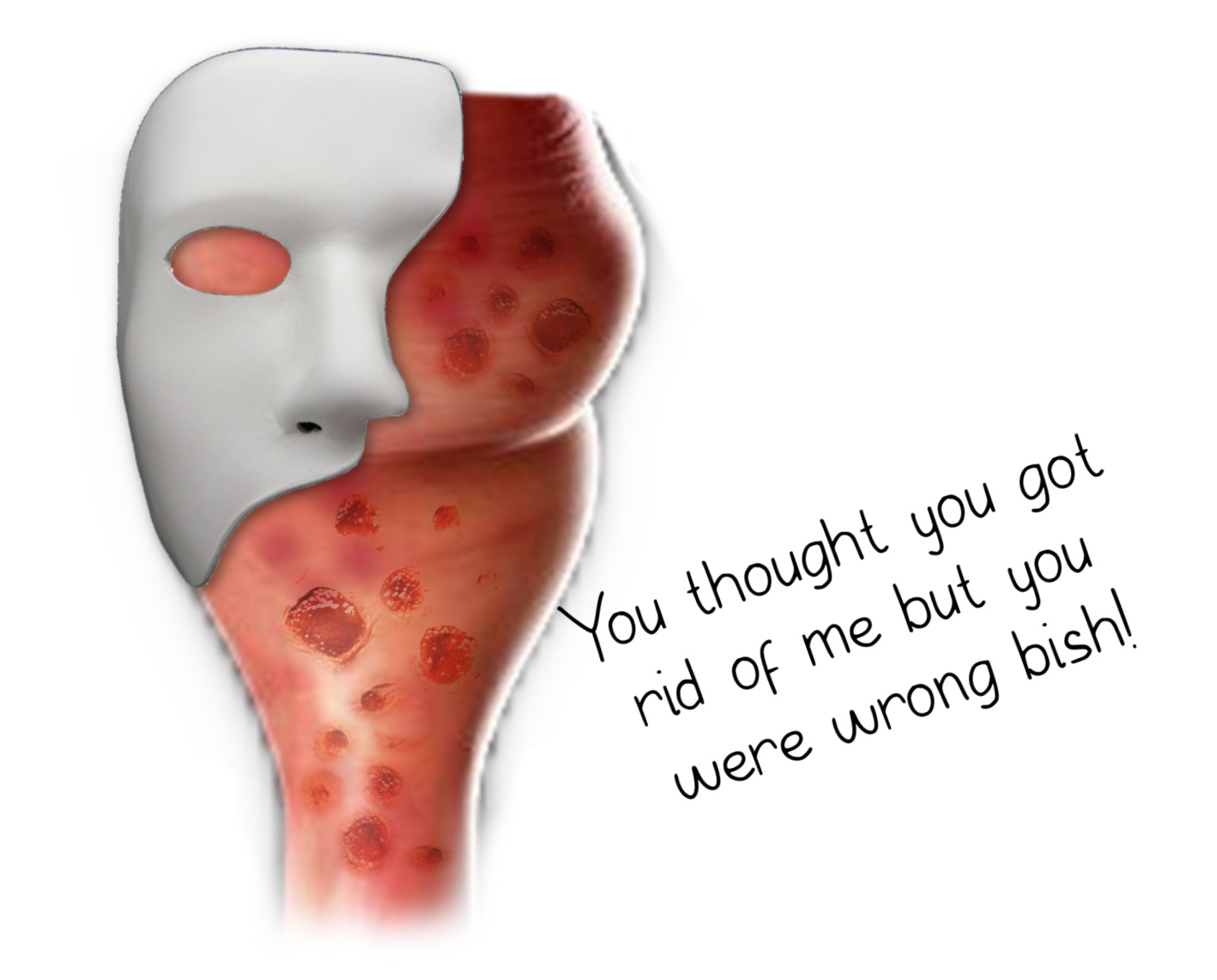 good example of this is someone who has undergone ostomy surgery who now passes stool through a stoma but has the sensation of rectal fullness and needing to open the bowels how they used to.

It feels like it’s there, but it’s not there!

Phantom rectum can occur in patients who have had their rectums removed and their anus closed or it can occur in patients who still have their rectum but have had surgery to divert stool away from it. Usually phantom rectum sensations can feel annoying or uncomfortable but are not painful and they go away over time. However, some patients do experience pain and it can be pretty severe. This is known as phantom rectum syndrome and it is usually misunderstood, difficult to treat, and even difficult for patients to find someone to take their pain seriously. This phantom pain from the missing rectum is very similar to the phantom limb pain amputees can experience.

For some patients the pain from phantom rectum syndrome can be severe and can either be constant or come in intermittent waves.

In one case a 74 year old woman with ulcerative colitis who had ostomy surgery started experiencing phantom rectum pain years after surgery. After ruling out other causes of her pain and trying numerous intense pain management treatments it was concluded that her pain was caused by phantom rectum syndrome.

Patients who still have a rectum but have gone through ostomy surgery to divert stool away from it, or patients who have an internal reservoir (ex: J-pouch) who have temporary ostomies, may experience phantom rectum sensations due to a build up of mucus in the rectum.

Mucus is a lubricant produced by the bowel that helps food pass smoothly through the digestive tract. Even when the rectum is not being used it still produces mucus. This mucus may cause patients to feel like they need to evacuate their bowels and often this sensation can be relieved by sitting on the toilet and passing the mucus. Sometimes if the mucus is not passed it can dry up and harden into a ball and cause serious pain. Some patients have reported pain so bad that it was difficult to sit down and passing what looked like a wax candle due to mucus build up.

If you have mucus build up you may feel pressure in your rectum, have lower back pain, feel like you have to use the toilet, or feel sharp shooting pain in your rectum.

To help relieve symptoms a patient should sit on the toilet and gently bear down as though they were going to have a bowel movement and usually the mucus will pass out the anus. Doing this every day can help prevent mucus from hardening and can relieve build up. If a patient cannot pass the mucus on their own they might find relief from suppositories or micro-enemas at regular intervals. Talking with your WOC nurse and your doctor is important to come up with a plan to relieve any pain or uncomfortable sensations.

Unfortunately for some the pain remains even after trying many treatment methods. It can be very upsetting and they may start to think that no one believes their pain is real. Though not a cure for pain it might be helpful for people in this situation to seek out a support group for chronic pain sufferers. It may also help to enroll in a pain management program that can help patients increase their physical activity and get back to most of their daily routine.

This post was edited on 2/17/2020 for appearance, grammar, and clarity, as I transfer my site from Tumblr to WordPress and rebrand Inflamed & Untamed 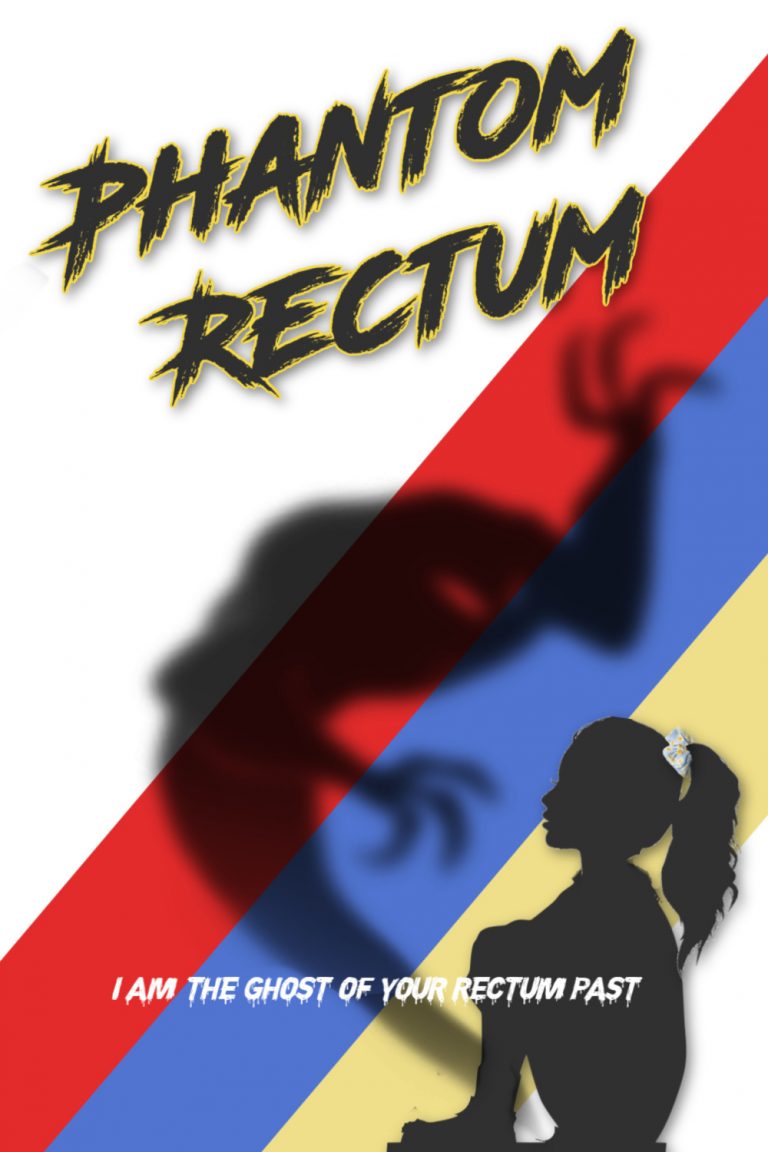